From the Final Call Newspaper


Black youth today are portrayed and painted by the media as the worst generation that has ever existed. Black youth are shown on national television killing one another, going to prison, and committing crime. Even many elders in the Black community are losing hope and interest in Black youth.


As Black youth we are misunderstood, angry and in dire need of guidance. No Black leader is as revered and respected by Black youth as the Honorable Minister Louis Farrakhan. Black youth love and respect the Minister because he doesn’t judge us. Minister Farrakhan does not put us down as one of the worst generations ever. He teaches, “You, our young people, are the strongest, most powerful generation that we have ever produced since our fathers were brought to these shores as slaves. You are greatly misunderstood, not only by your elders but oftentimes by your parents. We produced this generation and we cannot deny what we have produced. They are different from us. They are not hope, they are fulfillment. But when the thing that is hoped for comes along, sometimes we are not prepared for what we hoped for.”

It was among the elders during the time of Moses that the former slaves of Pharaoh rebelled against Moses’ divine direction and were condemned to wander in the wilderness where they died off. It was the youth led by Joshua and Caleb who were unafraid of and conquered the giants in that land and inherited the promised land.

Minister Farrakhan teaches us that Black youth must become a Joshua Generation for our people. He warns us time and time again of a wicked plot to destroy Black youth by the enemy of our people. Why does the enemy desire to kill Black youth?  Because Black youth today are the life blood of the body of liberation for Black people in America. Blood is the most important part of the body because without the flow of blood the body is dead.

Without this generation of Black youth the cause of freedom will be dead! It is the young Black revolutionaries, gang bangers and activists out on the streets of Ferguson fighting and demanding justice. Black youth are fearless today. They are not afraid of the powers that put down and oppress our people. Black youth today are angry about the condition of our people! Black youth are sick of poverty and want, weak Black leadership, police brutality and pastors and ministers who teach a weak theology of submission to our enemies and not liberation and submission to God. That anger has been manipulated by our enemies and channeled to have us kill each other and destroy our own communities with drugs. But today Minister Farrakhan wants to teach us, the Joshua Generation, to channel that anger and energy toward total and complete liberation. We, the Joshua Generation, need to be united and come together. We need to not let streets, colors, cities, skin tones and hair types divide us. We are all fingers on a hand. When the fingers close and come together they make a fist! The fist must be guided by divine wisdom, guidance and love. That fist of our unity will strike a blow against White Supremacy, racism, oppression and all the injustices Black people suffer daily! The Bible says in Psalms 82:4-6,  “Deliver the poor and needy: rid them out of the hand of the wicked. They know not, neither will they understand; they walk on in darkness: all the foundations of the earth are out of course. I have said, You are gods; and all of you are children of the most High.”

The Joshua Generation must deliver our poor and needy people and free them from the hands of the wicked oppressor and enemy of our people. We  Black youth have been walking in darkness not knowing the power that we have as a collective group. The light has been shined by Minister Farrakhan and highlights us as the best generation since slavery and the generation destined to bring our people to the Promised Land. Lastly we are Gods, the children of the Most High God. We are not dogs, n-----s, and b-----s but we are Gods, a direct reflection of our Father God. The blood of the body of liberation will be shed because freedom is not free. But living or dead the Black Man and Woman will be victorious and completely liberated.

(Rasheed Ali, is from Boston, a freshman student at Morehouse College, and member of the Nation of Islam.). 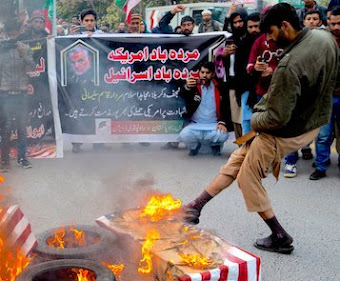